(1925−) Ksenija Šetina Grum began her education at the German-Serbian School in Belgrade and continued at the Real Gymnasium Maribor. After the outbreak of war in 1941, her family was expelled to Croatia, where she graduated in 1945 (Real Gymnasium Bjelovar). In the same year she enrolled in construction studies in Ljubljana and in December 1953 graduated under prof. Emil Kovačič at the Hydrotechnical Department of the Faculty of Civil Engineering and Geodesy at the Technical College in Ljubljana. 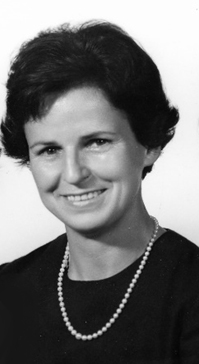 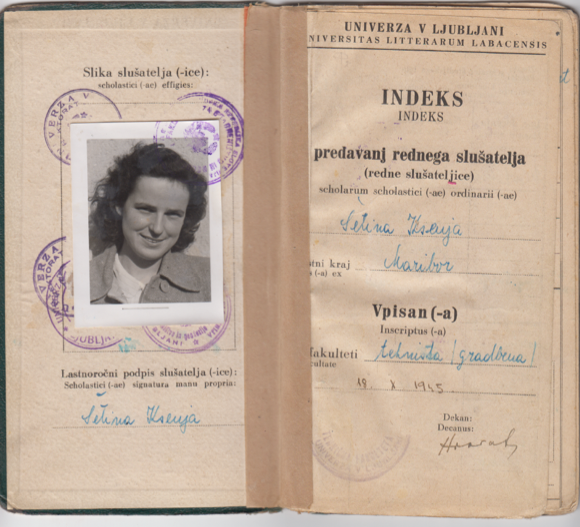 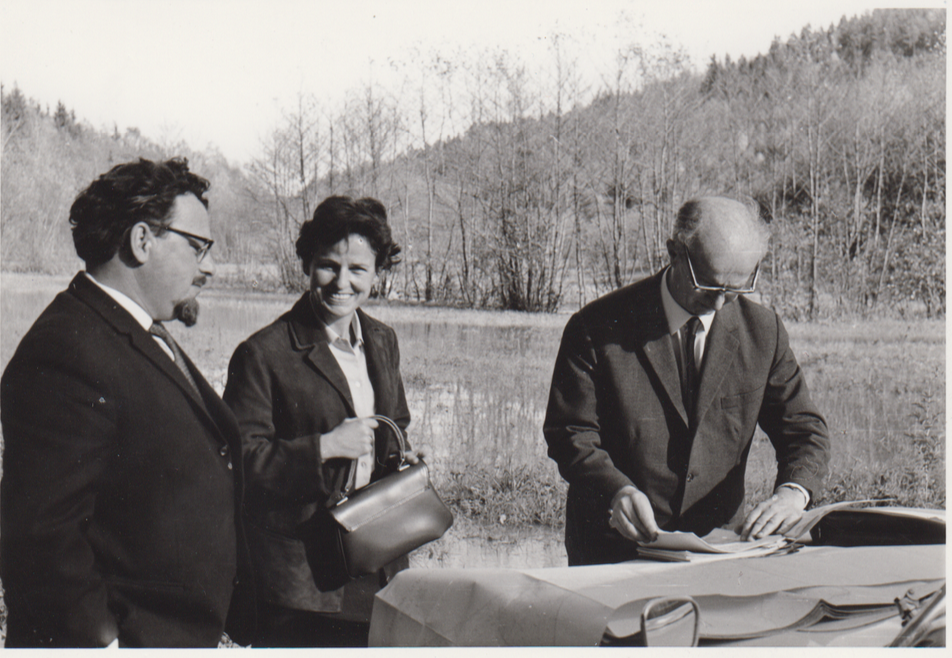 Ksenija Šetina Grum during fieldwork, around 1980. On the left is the construction engineer Lado Gorišek (1925—1997), who, among other things, designed the ski jumping hill in Planica with his brother Janez Gorišek (1933) in 1969; on the right is the geosdesy engineer Jože Brus (1909—1997). Grum family archive.

She was active in water management all her career, initially as a designer in the field of regulation, melioration and sewerage. After graduation, she was employed by the Project−Low Building company, later at the Water Management Institute of the Socialist Republic of Slovenia (est. 1960) and at the Association of Water Communities of Slovenia (est. 1974, today's Ministry of the Environment and Spatial Planning). Up until retirement in 1990, she worked as a representative of professional services in the areas of wastewater draining and cleaning and mechanical biological treatment plants. In 1961 she became designer, authorized for construction design, and between 1963 and 1965 she was a member of the Assembly of the Municipality of Ljubljana-Center. 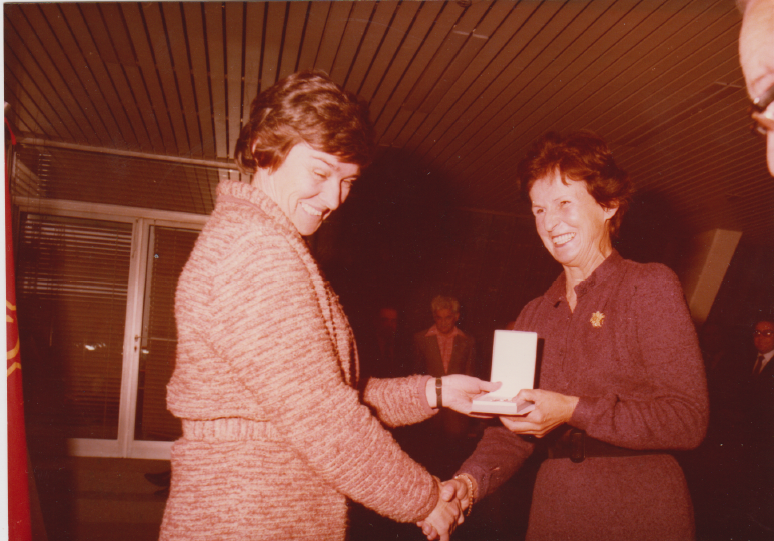 President of the Republic Committee for Environmental Protection and Spatial Planning Marija Zupančič Vičar presents the award of the president of the republic comrade Tito to engineer Ksenija Šetina Grum, 1980. Grum family archive.

Between 1972 and 1986, with the designer Igor Kos, she carried out pioneering work in the design and construction of the first major mechanical and biological treatment plants in Slovenia: Škofja Loka, Ajdovščina, Grosuplje, Novo mesto, Jesenice, Koper and Domžale−Kamnik; the latter was the largest in Slovenia until 1991, when the Ljubljana wastewater treatment plant was built.

In 1980, based on a proposal by the Association of Water Communities of Slovenia, she received an award from the president of the republic comrade Tito for her work in the field of water management. 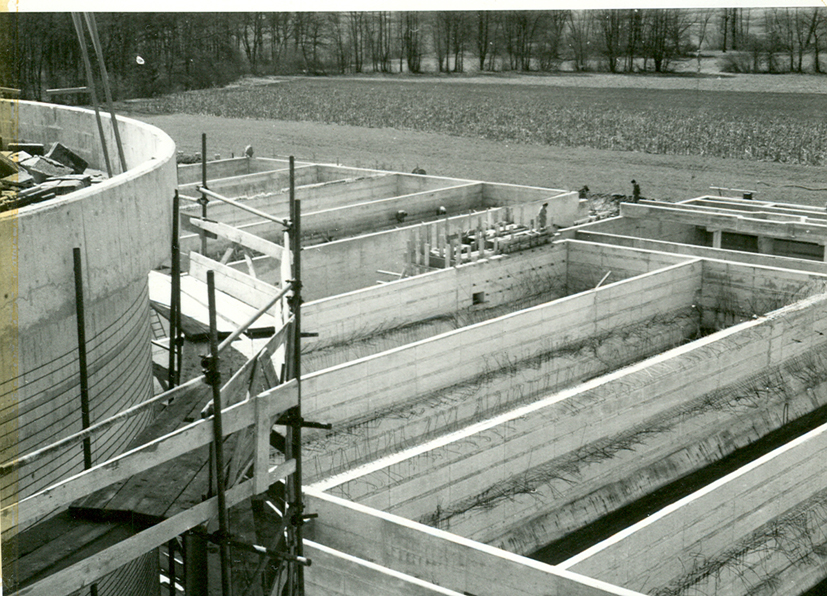 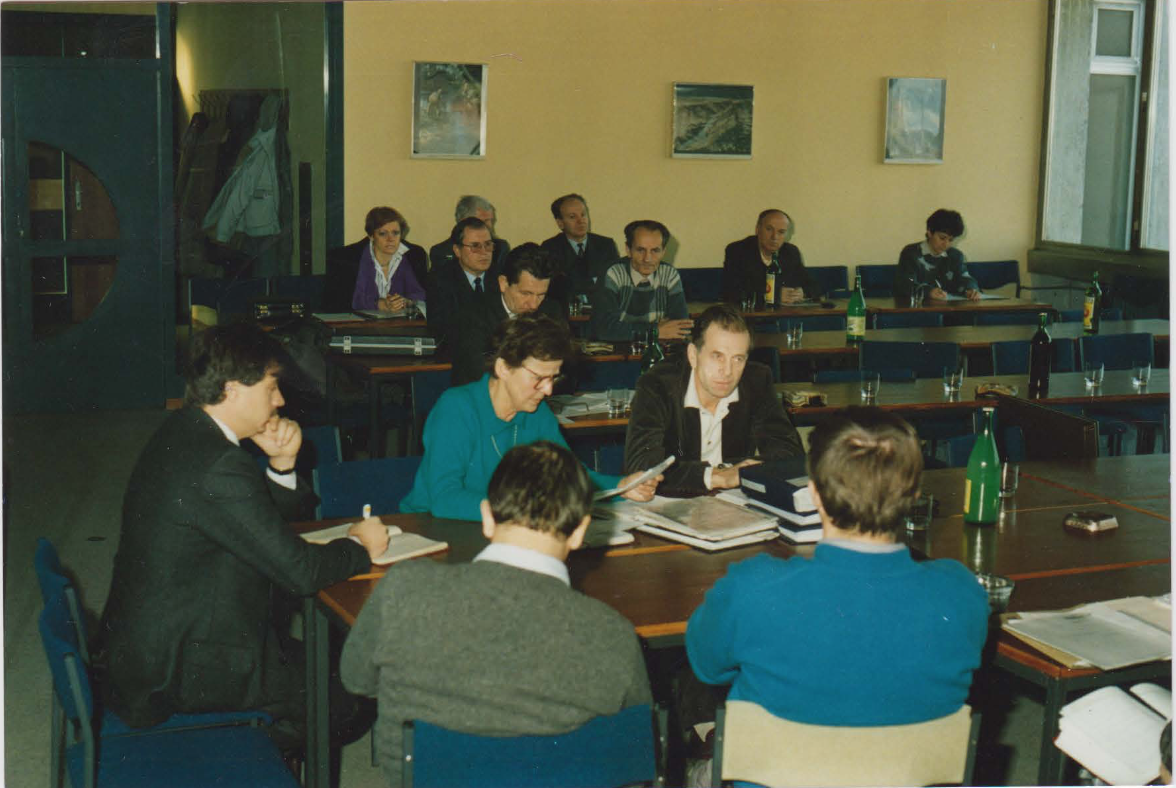